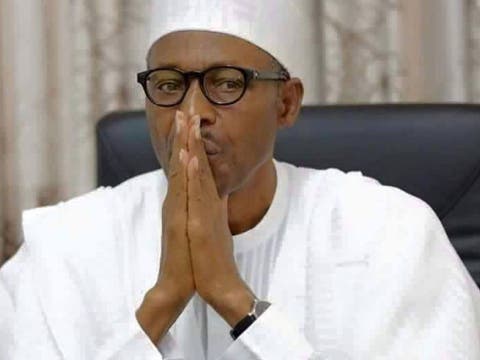 The Senate thursday called in President Muhammadu Buhari to obey the judgment of the Appeal Court on the constitutional requirement in appointing an indigene of the Federal Capital Territory (FCT ) as a member of the Federal Executive Council (FEC).

The Senate said that this would be in line with the constitutional provisions that a minister be appointed from all the 36 states of the country and the FCT.

Senator Philip Tanimu Aduda representing FCT senatorial district had yesterday submitted a petition from an indigene of the territory, Mr Ezekiel .D. Musa, against the refusal of President Buhari to appoint anybody from the area as minister .

The Petition was subsequently considered by the Senate and forwarded to the Committee on Ethics , Privileges and Public Petition for necessary legislative action.

The committee in its report submitted by Senator Ayo Akinyelure ( PDP Ondo Central), recommended that based on the decisions of the Court of Appeal Abuja and the Constitutional provisions of sections 299 and 147(3) , indigenes of FCT be granted approval by the President to be represented in the Federal Executive Council as Minister .

In approving the recommendation after exhaustive debate by Senators , the Senate through an amended prayer , resolved that “Senate notes the ruling of the Court of Appeal Abuja in respect of appointment of a Minister from the Federal Capital Territory and refer same to the Executive for consideration”.

The Senate Minority Leader, Senator Enyinnaya Abaribe ( PDP Abia South), in his contribution at the plenary said that the Senate by the resolution has put on hold appointment of anybody from FCT as minister but the President of the Senate , Dr. Ahmad Lawan quickly interjected to say that it not represent the issues at hand.

.Lawan in its clarification said what the Senate resolved on the matter in the light of the petition, recommendation made by its committee and the directive by the Appeal Court last year, was that the judgment given should be considered by the executive as far as the subject matter is concerned.

Nigeria’s Deputy Commissioner of Police, Abba Kyari, is not new to being enmeshed in corruption cases. The latest scandal is the revelation by serial internet fraudster, Ramon Abbas, more commonly Hushpuppi, who claimed to have paid bribe to Kyari arrest one of his friends in END_OF_DOCUMENT_TOKEN_TO_BE_REPLACED

Nigerian serial fraudster, Ramon Abass, popularly known as Hushpuppi, has agreed to plead guilty to the money laundering charge against him. Hushpuppi, who is known for his luxury lifestyle, was arrested in the UAE in June 2020 alongside 11 of his associates over allegations bordering END_OF_DOCUMENT_TOKEN_TO_BE_REPLACED

The United Kingdom Parliament has said Nigerians under President Muhammadu Buhari administration are at the mercy of non-state actors who unleash attacks on individuals and communities at will. Members of the House of Lords, the upper chamber of the parliament; Caroline Cox, Rowan Williams, David END_OF_DOCUMENT_TOKEN_TO_BE_REPLACED

Some unknown gunmen, believed to be bandits, have killed the All Progressives Congress (APC) chairmanship candidate for the Kachia Local Government Area of Kaduna State, Alamkah Dominic Usman. The APC leader was shot dead along Keffi-Akwanga road in Nassarawa State on his way to Benue END_OF_DOCUMENT_TOKEN_TO_BE_REPLACED

Daud Olatunji   Men of the Ogun State Police Command have arrested an ex-convict, Jamiu Malomo, for allegedly killing a suspected sex worker, Azeezat Akande, 28. The incident occurred at Ilupeju community, Oke-Aregba, Abeokuta, after the 18-year-old suspect had sex with the victim. The state END_OF_DOCUMENT_TOKEN_TO_BE_REPLACED