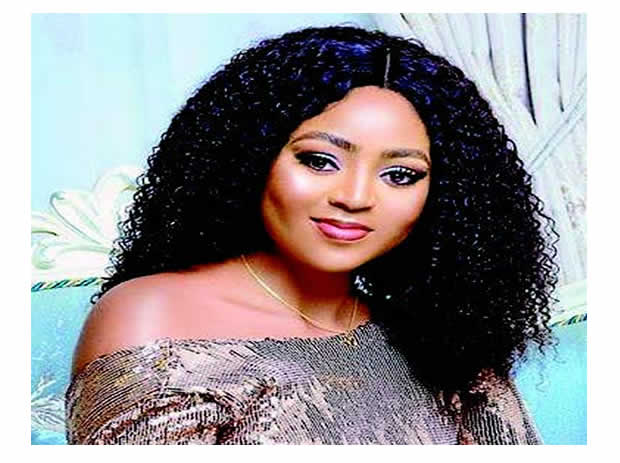 Popular Nollywood actress, Regina Daniels Nwoko, had once told her father that she would marry his mate.

Regina, according to a statement issued on Wednesday by the spokesperson for the Prince Ned Nwoko Foundation, Niyi Ifetayo, said this in her new celebrity magazine, “Regina…Celebrating Nigerian Super Diva.”

The magazine would be presented to the public on February 12, 2020 in Abuja.

He said, “The wife of billionaire philanthropist, Prince Ned Nwoko, will launch her celebrity magazine called Regina on February 12, 2020 in Abuja.

“The maiden edition, which will be rolled out that day, featured her exclusive interview where she confessed that she once told her dad that she would marry his mate.

“We confirmed that the magazine publication is meant to be celebrating Nigerian super divas, those female folks who have succeeded in their endeavours and also to inspire the upcoming young ones.

“The focus of the magazine will be on entrepreneur, entertainment, Nollywood reviews, politics, and business.

“Notable actors, actresses and top-notch celebrities, are expected at the launch. Regina is also the owner of RET – Regina Entertainment Television.”

The PUNCH reported that Nwoko recently arrived in Nigeria from an expedition to the Antarctica and accompanied by his wife, Regina, and a team of scientists from Russia, India, China, the United States of America and Britain.

Also in December 2019, Nwoko, a former member of the House of Representatives, started a campaign to wipe out malaria from Africa with $750,000.

The Ogun State Commissioner for Environment who was accused of attempted rape by a teenager in January has secretly resigned his appointment from government, PREMIUM TIMES can report. Abiodun Abdul-Balogun has also coerced the family of the victims not to testify against him in court, END_OF_DOCUMENT_TOKEN_TO_BE_REPLACED

Former Women Affairs Minister, Aisha Jummai Alhassan is dead. Aisha Alhassan, also known as Mama Taraba served as the Minister of Women Affairs during the first term of Buhari administration. She was formerly a Senator representing Taraba State in the National Assembly. She resigned her END_OF_DOCUMENT_TOKEN_TO_BE_REPLACED