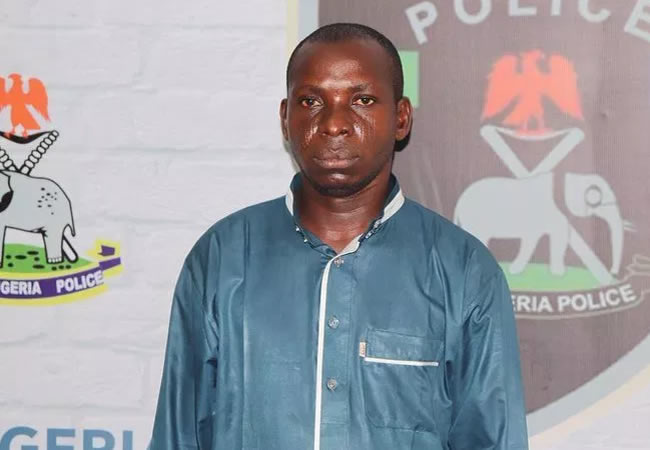 Six months after he was re-arrested, the police have commenced moves to file criminal charges against Taraba kidnap kingpin, Bala Hamisu, popularly known as Wadume, and his accomplices.

The PUNCH gathered that the Force legal department may next week file charges against Wadume, Captain Tijjani Balarabe, two dismissed policemen and about eight members of the kidnap gang at the Federal High Court, Abuja.

Wadume was allegedly assisted to escape on August 6, 2019, by soldiers attached to Battalion 93, Takum, Taraba State, led by Balarabe after the police team which arrested him came under attack from the troops.

Three policemen and two civilians were killed during the incident while five other police officers were injured.

The fugitive kidnap kingpin was re-arrested two weeks after he escaped from police custody at his hideouts at Layin Mai Allo Hotoro area of Kano State following a massive manhunt launched by the police special forces and IRT operatives.

In a viral video released after he was released, Wadume admitted that he was rescued from police custody by soldiers who cut off his handcuffs.

A source, who is familiar with the case, informed our correspondent in Abuja on Tuesday, that the charges against the suspects had been drafted and might be filed this week.

He said, “We are filing charges against Wadume and his gang members this week, barring any unforeseen circumstances. Though the military has refused to hand over Capt. Balarabe and his boys to the police for arraignment, we would serve the charges on them in military custody. It is up to the authorities to take the next step of bringing the soldiers to court.”

When asked about the nature of charges that would be filed, the source simply said, “Wait till we file it first.”

Our correspondent had reported the alleged refusal of the military high command to hand over Balarabe and other soldiers who were mentioned by Wadume as accomplices.

Following the revelations and the hot exchanges between the police and the military over the killing of the policemen, the President, Major General Muhammadu Buhari (retd.), directed the Chief of Defence Staff, Gabriel Olonisakin, to investigate the circumstances that led to the killing of the IRT operatives by the soldiers.

The seven-man Joint Investigative Panel headed by Rear Admiral T. I. Olaiya subsequently concluded its probe and submitted the report to the CDS on August 30, 2019.

But the military kept mum over the outcome of the investigations and also allegedly refused to hand over Balarabe and other soldiers to the police despite repeated requests.

However, the acting Director of Information,  Defence headquarters, Brig. Gen. Onyema Nwachukwu, said on Wednesday that the Olaiya report recommended that the services should carry out further investigation and sanction the officers involved accordingly.

“I believe the military and the police are working together to ascertain culpability and put everything together,” he stated.

The All Progressives Congress (APC) in Ward 7, has ratified the expulsion of Mr Elvis Ayomanor, the deputy chairman of the Delta State chapter of the party over alleged anti-party activities arising from his alleged role in the court action instituted against the legitimacy of END_OF_DOCUMENT_TOKEN_TO_BE_REPLACED

Adewale Daniel Jayeoba has been declared wanted by the Economic and Financial Crimes Commission (EFCC) over an alleged investment scam. The EFCC said Jayeoba, a native of Ori-Ade Local Government in Osun State, used to live at Suit 1004, Providence Centre, MKO Abiola Way, by END_OF_DOCUMENT_TOKEN_TO_BE_REPLACED

A casual sex affair ended on a sour note and the police have been brought in. It was meant to be a one-night stand with a man she had met through a ‘hook-up’ app, but Angel (not real name) ended up spending eight days with END_OF_DOCUMENT_TOKEN_TO_BE_REPLACED

GBEMISOLA AJIBOYE Salihu Lukman, director-general of the Progressive Governors Forum (PGF), has explained why some All Progressives Congress (APC) members are against the defection of Femi Fani-Kayode. On Thursday, the former minister of aviation dumped the Peoples Democratic Party (PDP) for the APC and was presented to END_OF_DOCUMENT_TOKEN_TO_BE_REPLACED