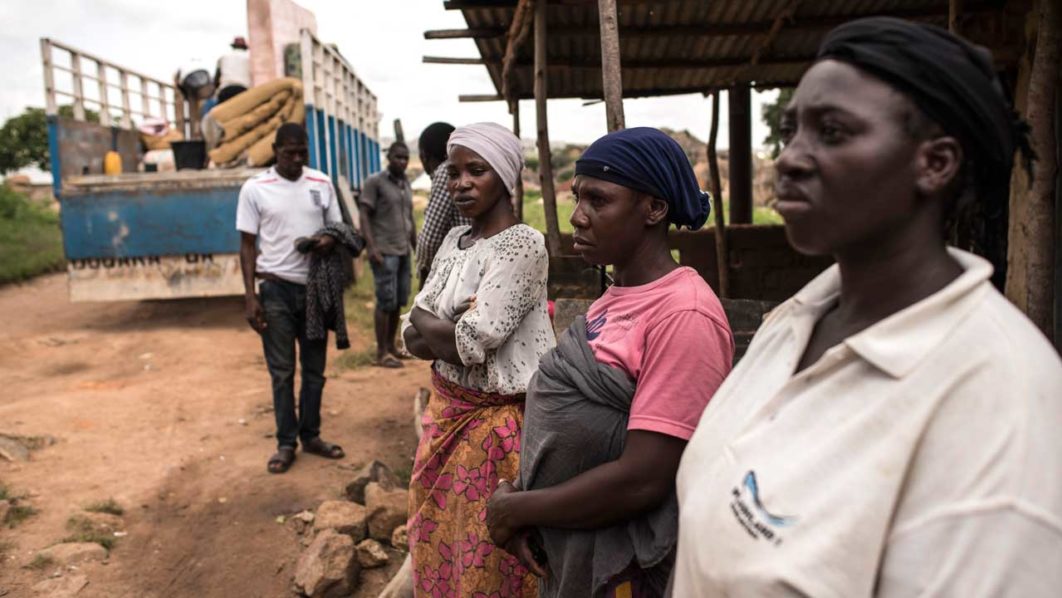 After what appeared a lull in bloodletting in the North Central states, Fulani killer herdsmen have resumed full-scale killing in Benue, Nasarawa and Plateau States. In the last 72 hours alone no fewer than 35 persons were liked in separate attacks, including a pregnant woman. Most of the attacks took place at night when their victims hardly were asleep, with security agents usually responding late.

In Benue State, governor Samuel Ortom appeared in a live radio programme and lamented how he narrowly escaped death when suspected armed herdsmen shot at him in his farm at Adeke along Makurdi-Naka road. This is just as suspected armed herdsmen reportedly abducted and killed a member of the state’s Livestock Guard in Ado Local Government Area, LGA.

According to Ortom, “I was on my farm that is situated in the outskirts of Makurdi town when armed herdsmen came there and shot at me. They also shot at the vehicle of our Livestock Guards who came there and shattered it. We had to call the joint military security team, Operation Whirl Stroke, OPWS, which came and saved the situation.”

Mr. Ortom lamented that the influx of armed herdsmen into the state had become a source of concern and worry and needed to be checked urgently.

“We are doing everything possible to arrest the situation. These people are deliberately coming into the state. And I have always maintained that armed herdsmen, ISWA, ISIS and Boko Haram are the same thing and they are out to prosecute the same agenda.

“There are no two ways about that. Even when we went for the North Central security meeting, l told them the same thing. Miyetti Allah leadership should also be arrested because majority of all the kidnappings you see around are carried out by armed herdsmen.”

Similarly in Plateau State, a pregnant woman and 16 others were killed in an overnight attack on Ruboi community under Bokkos Local Government Area by suspected Fulani herdsmen. An eyewitness, who confirmed the incidence, said, “The marauding herdsmen burnt almost all houses in Ruboi village.”

According to report, the first attack started at 7:30pm, while the second one followed up around 8:00pm to 4:00am. The witnesses also said they saw the faces of their attackers, who were Fulani herdsmen, saying they all wore black dresses.  The eyewitnesses said the killers, while carrying out the dastardly attacks, were shouting ‘Plateau belongs to us!’, ‘Bokkos belongs to us!’

In a statement by his spokesperson, the governor described the attack as yet another attempt by criminals to take the state back to the dark days of insecurity that he said the government had substantially overcome. While commiserating with the victims and families of those killed, the governor directed security agencies to go after the perpetrators of the crime and ensure their arrest and prosecution. He vowed that the state would no longer tolerate the wanton loss of lives.

“We do not need another cycle of bloodshed in Plateau State as all well-meaning citizens have committed to peaceful coexistence and tolerance. My administration will not allow anyone, no matter how highly placed, to jeopardise this peace.”

The attack on Sunday night came barely two weeks after a similar one in Mangu Local Government Area of the state, which left 12 people dead. Kwatas is a neighbouring community to the Plateau State University, Bokkos.

Sequel to the serial attacks on three Plateau communities by suspected Fulani herdsmen, the sate governor, Simon Lalong, yesterday directed the police to immediate arrest of Ardo (chief or leader) and community leaders of areas recently attacked by gunmen. Lalong gave the directive during a meeting with stakeholders from four local government Areas of the state.

While saying government would not condone criminal activities, Lalong threatened that should the police fail to put the ardos and community leaders in the cell, he would take the matter to Abuja.

In Nasarawa State, gunmen suspected to be Fulani militia invaded Abebe community in Keana Local Government Area and killed a church leader, Mr. Augustine Avertse and three others in the attack. The gunmen, who were said to be have been armed with sophisticated weapons, invaded the community at about 10.00pm, and shot sporadically, forcing inhabitants of the community to scamper for safety.

One of the victims, Mr. Augustine Avertse, a church leader of Saint Augustine’s Catholic Church, Abebe, alongside his father, Pa Avertse Akaa’am, were reportedly shot at close range while trying to escape into a nearby bush. Also killed on the spot were Uwongul John Akodi and one Monday, who was said to be a visitor to the community. Mr. Vitalis Adam and Friday Gboko escaped with varying degrees of gunshot injuries and are currently receiving treatment at the General Hospital, Obi.

One of the survivals, Adam, who spoke with our correspondent on his hospital bed in Obi, averred that the attack was unprovoked as there had never been any form of misunderstanding between members of the community and the Fulani herdsmen living around the area.

Another survival, who narrowly escaped death, asserted that the gunmen might have been on a mission to rub a member of the community of the over N200,000 realised from the sale of some farm produce that took place in the afternoon of the fateful day.

According to him, “But the confusion is that if the attackers were on a mission to rob, while is it that they did not take away anything, including the monies found in the pockets of some of their victims? I think the incident is a sign that another round of crises between farmers and Fulani herders in the southern senatorial zone of the state is about to commence if care is not taken”.

President of the Tiv Youth Organisation in Nasarawa State, Comrade Peter Ahemba, confirmed the incident to newsmen in Lafia, alleging that the unprovoked attack was a calculated attempt by enemies of peace and to cause another round of crisis. According to him, it was unfortunate that while the Abdullahi Sule-led administration was working hard to ensure a peaceful Nasarawa State, some selfish individuals were working hard to sabotage government’s efforts.

Ahemba commended the prompt response of the authorities of Keana Local Government Council, security operatives in the area, traditional rulers and other stakeholders, just as he called on the Tiv youths to remain calm in the face of the provocation.

Niger State is not spared these murderous attacks as death toll in the state keeps rising with cattle rustling also on the increase.

On his first day in office, President Joe Biden is beginning the immense task of dismantling former President Donald Trump’s nativist legacy on immigration, issuing an executive order to end Trump’s controversial travel ban on noncitizens from 13 countries. The policy, colloquially known as the END_OF_DOCUMENT_TOKEN_TO_BE_REPLACED

The Economic and Financial Crimes Commission (EFCC) has revealed why former Chairman of the Pension Reform Task Team (PRTT), Abdulrasheed Maina, jumped bail and fled to Niger Republic. Maina is on trial for money laundering charges before a Federal High Court in Abuja. Late in END_OF_DOCUMENT_TOKEN_TO_BE_REPLACED

By Bassey Anthony A 23-year old man, Iniobong Okon Moses is to spend the rest of his life in prison for raping his three-year-old stepdaughter in Ikot Akpe, Uyo local government area of Akwa Ibom state. Justice Okon Okon who passed the judgment at the END_OF_DOCUMENT_TOKEN_TO_BE_REPLACED

By Deji Elumoye Vice President Yemi Osinbajo has disclosed that recent survey carried out has shown persistent corruption in the operations of some government regulatory agencies. He has therefore directed that the heads of the identified government agencies be presented with the report of the END_OF_DOCUMENT_TOKEN_TO_BE_REPLACED

‌ Olalekan Adetayo, Abuja The President, Major General Muhammadu Buhari (retd.), on Wednesday mourned a former Minister of Youth and Sports Development, Bala Ka’oje, who died recently. Buhari’s condolence message to the deceased’s family and others was contained in a statement by his Special Assistant END_OF_DOCUMENT_TOKEN_TO_BE_REPLACED