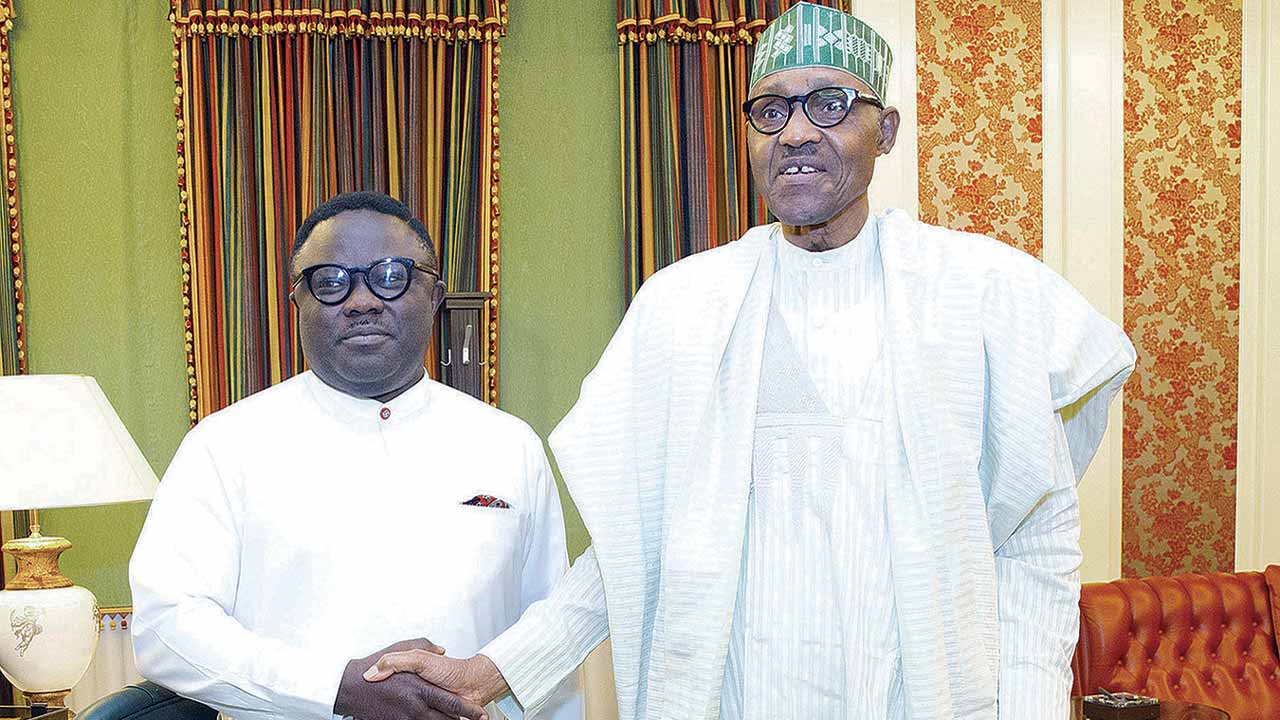 Cross River State Governor, Benedict Ayade, has distanced himself from the plight of Agba Jalingo, who has been held by security agencies for alleged treason.

Ayade, who fielded questions from State House Correspondents after a closed-door with President Muhammadu Buhari in Abuja yesterday, stated that Jalingo was standing trial for alleged treason charges, but that he had been at the forefront of the call for his release. However, the Socio-Economic Rights and Accountability Project (SERAP), a non-government rights group, had threatened to sue Ayade and the Cross River State government over Jalingo’s detention.

Specifically, SERAP had alleged that Governor Ayade orchestrated Jalingo’s ordeal over a publication alleging fraud against the governor.But Ayade said Jalingo was facing treason charges, stating that treason charges were beyond the purview of any state government or individual, but falls within Federal Government’s jurisdiction.

Ayade, who said Jalingo was not just a citizen of Cross River State and a kinsman, but a brother he had helped in several ways over the years, pointed out that he (Jalingo) transformed from being a journalist to a politician when he became Cross River State Chairman of the African Action Congress (AAC) founded by Omoyele Sowore.

He also pointed out that security agents became interested in Jalingo when he consistently took to social media to canvass toppling of the Buhari-led APC government.

“The case is between Jalingo and the Federal Government. Jalingo is not just from Cross River State, he’s not just from Obudu where I also come from, but he is my brother.

“On his Facebook page, he sent pictures where he was being tear-gassed at the revolution march in Lagos. He posted his own pictures himself and when Sowore was being arrested, he also posted that the revolution has just started. We will continue this battle until revolution works. He admitted this in court.

“It is the Federal Government versus Agba Jalingo and not Cross River State. The same Agba Jalingo who is in jail, I send him money. I called my Chief Press Secretary and others and said journalists will not understand that Jalingo is the state Chairman of Sowore’s party, from the time he moved into politics, he became a politician.

“You see him as a journalist, but he’s not, he’s the chairman of Sowore’s party in Cross River State so he’s a politician. He has a primary calling, which is journalism. Please ask Agba Jalingo that when he set up the Cross River Watch, I was the first person that gave him money to set up his office and other things,” he said.

By Eric Ikhilae, Abuja The Supreme Court has reversed disqualification of Chukwuma Francis Ibezim as candidate of the All Progressives Congress (APC) in the December 5, 2020 by-election in Imo North Senatorial District of Imo State. In a unanimous judgment on Friday, the apex court END_OF_DOCUMENT_TOKEN_TO_BE_REPLACED

By Alao Abiodun Minister of Communications and Digital Economy, Isa Pantami, has alleged forces against the Federal Government’s compulsory policy on National Identification Number (NIN) registration for all Nigerians and those residing in the country are behind recent attacks against him. Pantami in an exclusive END_OF_DOCUMENT_TOKEN_TO_BE_REPLACED

Zulum No fewer than 18 persons were killed and 21 injured when Boko Haram insurgents attacked Damasak town in Borno state on Tuesday. This was confirmed during a visit to the town by Governor Babagana Zulum in Damasak, who slept in the town from Thursday to Friday.   Zulum had travelled alongside Senator END_OF_DOCUMENT_TOKEN_TO_BE_REPLACED