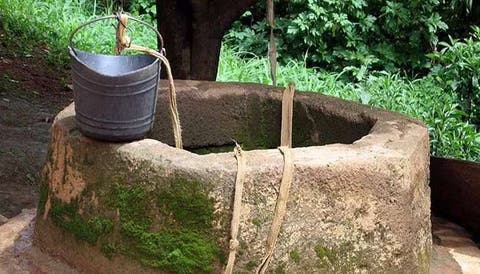 A 26-year-old man, identified simply as Cisse, has lost his life after jumping into a well to retrieve his phone at his shop located at No 7 Olanrewaju Street, Mohan bus stop in the Mushin Local Government Area of Lagos State.

PUNCN Metro gathered that Cisse was sitting on the edge of the well when his phone fell into it, but in a bid to retrieve the phone, he jumped into the well but never came out alive.

According to a post on Instablog9ja, an eyewitness, Yinka, while trying to rescue the victim, informed the Lagos State Fire Service, whose personnel were mobilised to the scene.

Cisse’s corpse was brought out during the rescue operation.

Footage attached to the post showed firefighters and residents partaking in the rescue.

The residents were also heard lamenting the circumstances that led to Cisse’s death when his remains were brought out from the well.

Reacting to the post, commentators blamed Cisse for his death, claiming that other methods could have been explored to retrieve the phone instead of plunging into the well.

Nancy Oparaocha, through her Instagram handle, tz_nanaofficial, blamed Cisse for taking such a risk.

Through his handle, cheemahamaychee007014, he wrote, “…it’s so painful 2 lose contacts including those f clients, associ8s etc…Besides, his action was a knee-jerk 1 knowing how important d fone was 2 him…”

The Cour De’appal De Cotonou, Benin Republic, on Monday, granted embattled Yoruba Nation agitator Sunday Adeyemo aka Sunday Igboho access to medical care, The PUNCH has learnt. This was after court sessions which lasted for more than eight hours. Igboho’s lawyers battled to secure bail for the END_OF_DOCUMENT_TOKEN_TO_BE_REPLACED

At least 50 travellers have been abducted in Sokoto State by armed bandits, a witness has said. An official of the Sokoto government confirmed the abductions but did jot state the number of victims. The victims were travelling on Sokoto-Gusau road on Sunday when they END_OF_DOCUMENT_TOKEN_TO_BE_REPLACED

By Rasaq Ibrahim, Ado-Ekiti   An eminent lawyer, Aare Afe Babalola (SAN), has cautioned Kwara State Governor Abdurahman AbdulRazaq against reviewing the Supreme Court judgment on the land dispute involving Offa and Erin-Ile. He said the governor lacked the power to undertake such action, adding that END_OF_DOCUMENT_TOKEN_TO_BE_REPLACED