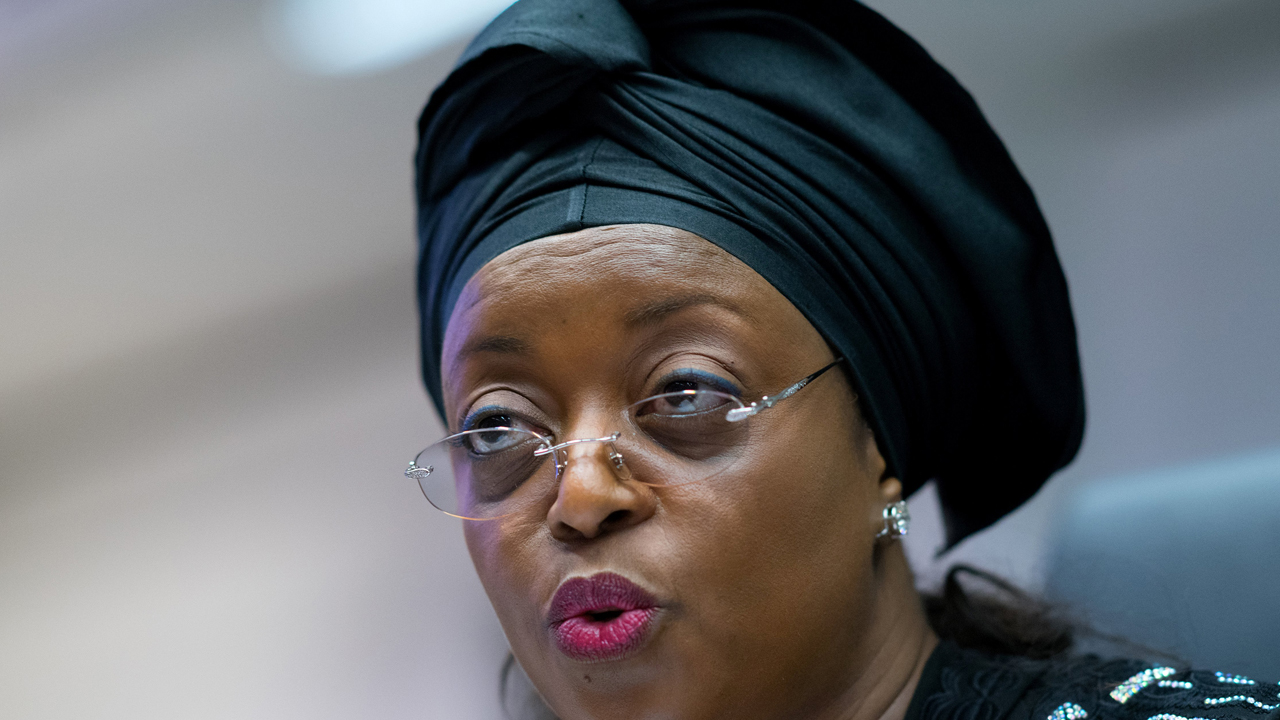 Alison-Madueke has been in the UK, where she travelled shortly after leaving office in 2015. She is believed to have been barred from leaving the UK, where she is also being investigated for alleged money laundering. AFP PHOTO / JOE KLAMAR

The Acting Chairman of the Economic and Financial Crimes Commission (EFCC), Ibrahim Magu, yesterday said that former Minister of Petroleum Resources, Mrs. Diezani Alison-Madueke, would be brought back to the country this year for prosecution.

Besides, he alleged that some foreign countries were sabotaging the efforts of the commission in the fight against graft.Magu, who disclosed this while speaking with journalists during an official visit to the Ibadan Zonal Office of the anti-graft commission, said that the agency was collaborating with all stakeholders to ensure that the war against malfeasance is successful.

The EFCC boss said: “We are collaborating with everybody, including Nigerians in the Diaspora. We have collected a lot of information so as to expose the looters for them to return their loot.

“For instance, there is a sabotage from foreign partners about the trial of former Petroleum Minister, Diezani Alison-Madueke, because they are giving her protection. They are yet to disclose her offence. They just rely on the evidence we have recovered, but we have already set up another strategy to investigate the matter but I won’t disclose this.

“We have relations with the FBI (Federal Bureau of Investigation) and CIA (Central Intelligence Agency) in most of the overseas countries. She will be brought down to Nigeria for continuation of her trial this year because there is no reason for keeping her. She has not been taken to court for the past five years of her trial. Why should one issue be investigated for five years? This is a straight-forward case. It is a financial crime case. If they don’t have enough evidence, she should be brought back home for trial.”

The EFCC boss noted that the whistle-blower policy was still active, saying: “It is just that it has been slowed down because you need to go through all the court processes to forfeit the proceeds to the Federal Government and also give the whistleblower its own share.”

While reacting to the recent raid of ‘yahoo’ boys in a night club in Ibadan, Magu explained that what the commission did was to look for the way to rehabilitate the ‘yahoo’ boys and bring them back to the society, emphasising that “these are small and intelligent youths who are still useful to the society.

In another development, MV Gratitude, a bunkered vessel and its crew of six, intercepted on January 9, 2020 by officers of the Nigerian Navy, Forward Operating Base, Yenagoa, Bayelsa State, were yesterday handed over to the EFCC for further investigation and possible prosecution.

The Commanding Officer, Forward Operating Base, Commodore Suleiman Ibrahim, while handing over the vessel and crew, disclosed that the ship laden with 1,000,000 litres of locally-refined automotive gas oil and it crew of six Nigerians were arrested at the Brass inshore water anchorage.

Tasiu Abubakar, a superintendent of police who received the vessel and crew members on behalf of the EFCC, promised diligent investigation of the alleged crime.

There was a drama at the cargo area at the international wing of the Murtala Muhammed International Airport, Lagos, when one of the 250 cows flown into the country through the airport broke loose from its crate, leaving airport workers at the tarmac running for END_OF_DOCUMENT_TOKEN_TO_BE_REPLACED

The identity of the perpetrators of the rising attacks on police facilities and its personnel in the South-East geopolitical zone has continued to give Nigerians a cause for concern. DAILY POST reports that there seems to be confusion among the government and the security agencies. END_OF_DOCUMENT_TOKEN_TO_BE_REPLACED

Yusuf Alli, Abuja  THE Economic and Financial Crimes Commission  (EFCC) yesterday quizzed the Speaker of the Ondo State House of Assembly, Mr. Bamidele Oleyelogun, over his involvement in an alleged N2.4million fraud. A source said: “The commission had received a petition accusing the Speaker of being END_OF_DOCUMENT_TOKEN_TO_BE_REPLACED

A 31-year-old woman has confessed on how her boyfriend made to sell her only child for N300,000 to a buyer in Imo State. According to the woman, Titilayo Kudaisi, her boyfriend, Seyi Akinsete whom she met four months had been into the business of stealing END_OF_DOCUMENT_TOKEN_TO_BE_REPLACED

Police say the houseboy received information that his employer had a lot of money at home ByAgency Report The police in Ondo State on Thursday paraded one Emmanuel Akpan, a houseboy, with his accomplice, Goodness Ekpe, for allegedly killing his employer, Febisola Adebayo. Bolaji Salami, commissioner of END_OF_DOCUMENT_TOKEN_TO_BE_REPLACED