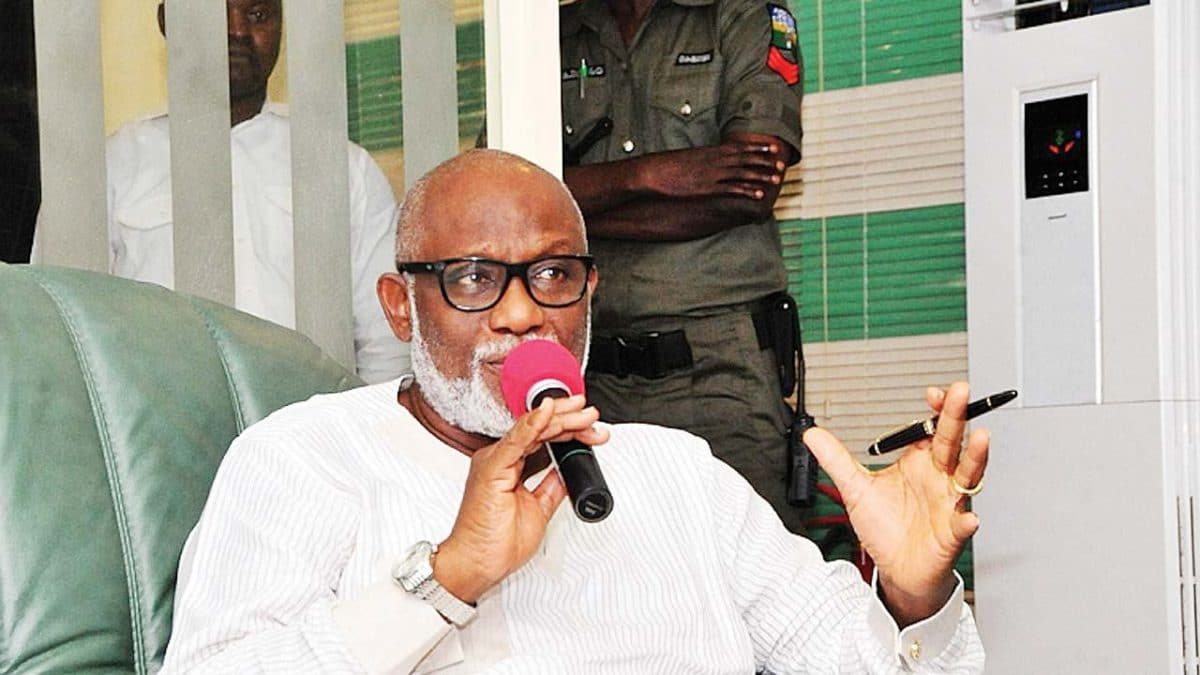 Following the claim by the Miyetti Allah Kautal Hore herdsmen group that Yoruba people are primitive over their stance and support for ‘Operation Amotekun’, the Governor of Ondo State, Oluwarotimi Akeredolu, has alleged that the group’s effrontery was being backed by those he described as external collaborators.

According to the governor, one of the internal collaborators is a serving senator who is playing politics with the security situation of the South West states.

On Tuesday, the National Secretary, Miyetti Allah Kautal Hore, Alhassan Saleh during a current affairs programme on Channels Television had lashed out on the governors for initiating the security outfit for the South West states.

In a statement issued by the Senior Special Assistant to the Governor on Media and Publicity, Ojo Oyewamide said that no matter the blackmail, Operation Amotekun will be actualized.

“The outburst of the Miyetti Allah scribe was live on national television. As usual, the issue was Amotekun. Rather than throwing same stones, the arrogant miscreant threw at the governors, we will rather put the blame on those internal collaborators whose parochial political pursuits have beclouded their sense of tomorrow.

“Yes, the possibility of an outburst as such can only be seen when a serving senator because of his political ambition, would rather demonize Amotekun than support the scheme.

“Is it not curious that it was shortly after a supposed Senator whose immediate environment is the most affected by insecurity pummeled Amotekun that the Federal Attorney-General came out that same evening to issue a statement?

“He added that, “these are the internal collaborators whose vested interests who have sold the Southwest out. However, we must emphasize that our unity and cohesion as a nation are two cherished features that we can’t afford to undermine.

“For the umpteenth time, Amotekun has come to stay and all legal means will be deployed to achieve same without necessarily affecting our oneness as a nation. Like others elsewhere, Amotekun remains complimentary; it’s not a regional force.”

Kaduna State Governor, Nasir el-Rufai, says although he believes the South should produce the next President, the people of the South-East must note that they cannot get the Presidential seat by threatening others with secession. El-Rufai further stated that politics has to do with negotiations END_OF_DOCUMENT_TOKEN_TO_BE_REPLACED

The Economic and Financial Crimes Commission (EFCC) has arrested three officials of the Taraba State Government over a N21 billion scam, PREMIUM TIMES has learnt. The state officials, according to EFCC sources who sought not to be named because they have not been authorised to talk publicly END_OF_DOCUMENT_TOKEN_TO_BE_REPLACED

Fresh crisis is rocking the ruling All Progressives Congress (APC) over the alleged rift between Senate Pres­ident, Ahmad Lawan, and Governor Mai Mala Buni of Yobe State, who is also the Chairman, Caretaker/Ex­traordinary Convention Committee of the party. Credible sources said the desire of both END_OF_DOCUMENT_TOKEN_TO_BE_REPLACED

The Attorney-General of the Federation (AGF), Abubakar Malami, said on Friday, that ongoing investigations have revealed many highly placed Nigerians and businessmen involved in financing terrorism. Mr Malami, who doubles as the Minister of Justice, said the ‘strongly’ suspected financiers were already being profiled for prosecution. END_OF_DOCUMENT_TOKEN_TO_BE_REPLACED