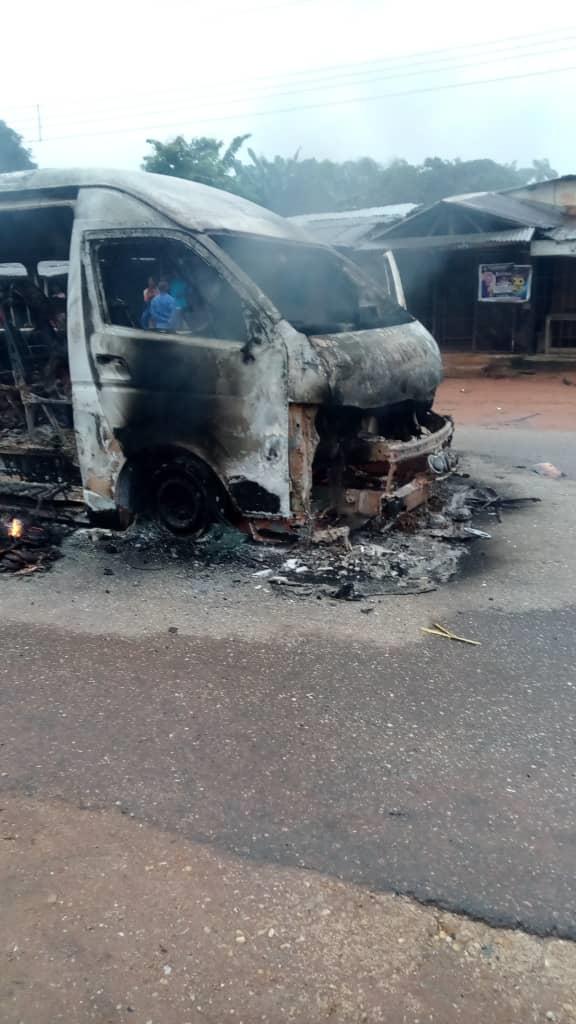 There were shootings in Orlu Local Government Area of Imo State, by unknown gunmen particularly from the Banana junction upto Nkwito junction on Monday.

The incident occurred at about 01:30 pm, which forced residents to take cover in their various houses as motorists completely avoided the Orlu main town.

Vanguard gathered that it started when the unknown gunmen in their convoy were moving to some places within and outside the Orlu Local Government Area of the State, as a way of enforcing the sit at home order.

Also, the same armed men, were said to have set ablaze a house in Isiala-Amadim village in Amaifeke, Orlu Local Government Area in the State.

In another development, the Unknown gunmen moved  to the Mbaise axis where they set ablaze two commercial buses at Ngwogwu in Aboh Mbaise Local Government Area of Imo State, at about 08:30am.

It was said that one of the buses was heading to Umuahia and the other one  driving to Owerri. The two buses completely burnt. While some buses were asked to forced to return back to Owerri. But some persons were said to have been killed by the unknown gunmen.

An eyewitness told Vanguard that, “Two persons inside one of the buses were burnt to dead and a passenger was shot dead and a driver of one of the buses was killed. This incident happened this early morning and as I am talking to you now no movement, not even a bus. People are in their houses now.”

“We are living in fears now, these unknown gunmen are given us trouble is this how we will get this thing that we are looking for.”